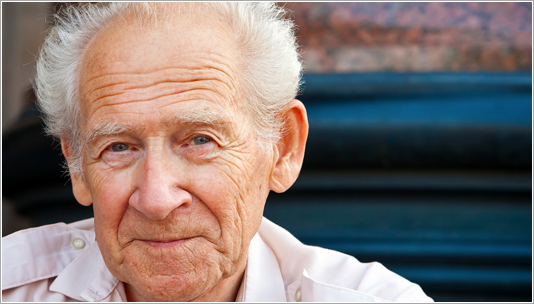 Mesothelioma Facts: What the Elderly Need to Know

Why do you need to know about mesothelioma?

The incidence of malignant pleural mesothelioma (MPM) in elderly patients is increasing. Owing to the long latent period following asbestos exposure, MPM is often diagnosed late in life. A high rate of diagnosis in elderly patients is reported by several mesothelioma registers and epidemiological studies (Price and Ware, 2004; Marinaccio et al, 2005). The median age of disease onset in the United States has been recently reported to be 74 years, according to the Surveillance, Epidemiology, and End Results database (SEER Database, 2007). [7]

The tissue that lines your lungs, stomach, heart, and other organs is called mesothelium. Mesothelioma is a tumor of that tissue. It usually starts in the lungs, but can also start in the abdomen or other organs. [1] Most often, mesothelioma occurs in the lining of the lungs, called the pleura. [4] It can be benign (not cancer) or malignant (cancer.) Malignant mesothelioma is a rare but serious type of cancer.

Most people who get it have worked on jobs where they inhaled asbestos particles. After being exposed to asbestos, it usually takes a long time for the disease to form. [1] Other causes [of mesothelioma] include zeolites, radiation, and more. [2] There are many veterans who are now in their elderly years, and because they served in the military when asbestos was frequently used for many of military materials, they are at a higher risk for contracting the disease of mesothelioma.

Exposure to asbestos is the No. 1 risk factor for mesothelioma. There are numerous ways in which a veteran may have been exposed to asbestos while in the service of our country.

Navy - The most frequent asbestos exposures from any armed service occurred in the Navy due to the need for fire resistance aboard Naval vessels. Sleeping quarters, engine rooms, fire rooms, boiler rooms and insulated pipes were just a few of the many sources of asbestos a Navy Veteran may have been exposed to on a daily basis. The act of firing deck guns could cause a shockwave to reverberate throughout asbestos insulation aboard ships which released plumes of asbestos dust. Shipyard workers were also exposed to asbestos in insulation for boilers, miles of steam pipes, incinerators and hot water pipes. Gaskets, sealing compounds, packing for valves and even a hull of a ship often contained asbestos for fireproofing. Virtually every ship commissioned by the Navy between 1930 and 1970 contained asbestos or asbestos-containing materials.

Army – There are dozens of military bases around the U.S. and outside of the U.S. that have been proven to contain asbestos products. In addition to asbestos flooring tiles, ceiling tiles, insulation, and cements used in various army barracks, several trades in the army were frequently exposed to asbestos including, auto mechanics, firefighters, masons, carpenters, engineers, plumbers and electricians. A whole fleet of Army vehicles from Jeeps to tanks contained asbestos. Many Veterans working in the motor pool were exposed to asbestos containing brakes, clutches and gaskets. In the late 1990’s, the Army spent over $1 billion dollars on asbestos removal at 32 different Army bases.

Marines – Similar to Army Veterans, Marines were exposed to asbestos in their barracks as well as through various trades. As Marines often coordinated with the Navy, they were likely to be exposed to asbestos aboard Naval ships. Other possible sources of asbestos exposures for Marines include land transports, airplanes and vehicles, and barracks exposure.

Proof of asbestos exposure in the service is necessary for compensation claims involving service connected disabilities. [6]

Herbicides were used in Vietnam to defoliate trees in order to remove cover for the enemy. During the manufacturing process, significance amounts of harmful contaminants called dioxins were produced. Different blends of herbicides were used but the most common was one called "Agent Orange." Being on the ground in Vietnam, during the war or on the inland waterways is sufficient for presumption for service connection. Harmful exposure other than the automatic "boots on the ground" for Vietnam is generally considered to be inhalation and not topical.

Exposure also occurred in Thailand, the demilitarized zone in Korea and presumably on certain ships offshore from Vietnam (those proven to be in harbor). In addition, numerous storage, spraying operations, testing and loading sites – outside the country and inside the US – could have resulted in exposure.

Kaposi’s sarcoma (or mesothelioma) is presumed by VA to be service-connected for Agent Orange veterans. [8]

Sometimes it is hard to tell the difference between malignant mesothelioma and lung cancer. [A] doctor uses imaging tests and a biopsy to make the diagnosis. Malignant mesothelioma is often found when it is advanced. This makes it harder to treat. NIH: National Cancer Institute [1]

Because mesothelioma is uncommon, it is often misdiagnosed initially. If you have symptoms that suggest you might have mesothelioma, your doctor will likely take a complete medical history to check for symptoms and possible risk factors, especially asbestos exposure. Your doctor will also ask about your general health and perform an exam to check for possible signs of mesothelioma. These may include fluid in the chest cavity, abdomen, or pericardium (the thin membrane around the heart). Depending on the findings of the exam, your doctor may refer you for mesothelioma testing. [4]

Certain factors affect mesothelioma prognosis as well as your options for mesothelioma treatment. They include the following:

1. The stage of the cancer, or the extent of cancer in the body. The stage is usually based on the size of the tumor, whether there are cancer cells in the lymph nodes, and whether cancer has spread beyond its original site.

2. The size of the mesothelioma.

3. Whether the mesothelioma can be removed completely by surgery.

4. The amount of fluid in the chest or abdomen.

5. Your age and general health.

6. The type of mesothelioma cells.

7. Whether cancer has just been diagnosed or has already been treated and come back. [4]

Three standard types of treatment are used: surgery, radiation, and chemotherapy. Treating mesothelioma often involves a combination of two or all three.

Surgery. The four main surgeries used in mesothelioma treatment are:

Radiation Therapy. This type of cancer treatment uses high-energy X-rays and other types of radiation to kill mesothelioma cells or keep them from growing. Radiation may be administered externally or internally. External radiation therapy uses a machine outside the body to send radiation toward the cancer. Internal radiation uses a radioactive substance sealed in needles, seeds, wires, or catheters that are placed directly into the area near the mesothelioma.

[8] Book: How to Apply for Department of Veterans Affairs Benefits for Veterans and Their Survivors

This 2022 edition is a tremendous resource for veterans, their families, and those who assist veterans. There is no other book available that incorporates VA's newest claims procedures with detailed instructions on submitting applications for 25 different types of disability claims including Pension, Aid & Attendance, DIC, Compensation, Burial Benefits, and more.