The NCPC publishes periodic articles under the title "Planning for Eldercare". Each article is written to help families recognize the need for long term care planning and to help implement that planning. All elderly people, regardless of current health, should have a long term care plan. Learn More...

Become accredited with VA, maintain your accreditation with CLE, or utilize our support materials and services designed to help you provide the best possible claims support to those you help.

Become a member of the National Care Planning Council. Click here to learn about the benefits of membership.

A fee based planning system for professionals to help their senior clients create a plan for their long term care.

About Our Director, Thomas Day 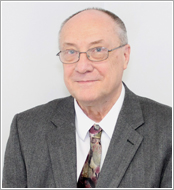 I am passionate about long term care issues. I and my wife, Susan, (she took the brunt of it) went through it with all four of our parents--hers and mine. And at the tender age of 74, I'm confronting the reality of long term care for me. Because of our experience, the launch of the National Care Planning Council is our attempt to help other caregivers find information and help.

From 1989 to 1992, my mother attended to my father at home. He was flat on his back with Parkinson's Disease. He was as stiff as a board, couldn't move a muscle, could only whisper, had lost his vision and hearing and had dementia. Because his swallowing muscles barely worked, it took us 2 hours to feed him and because of dementia he called out day and night in a terrified whisper.

My mother chose to care for him at home because she hated nursing homes. She was in excellent health and planned to use their savings on herself when he was gone instead of spending the money on paid care. Besides this was back when Medicare offered forever home care as long as there was a medical need, so she had some help. His need was a catheter.

Despite the home care aides, the strain of caring for my father destroyed my mother's physical and emotional health. Against her wishes, I put him in a nursing home where he eventually died. After his death, I had her in and out of a mental institution and hospitals for over a year before she was stable enough to go to an independent retirement community where she could get supervision and meals. She suffered from some form of dementia or psychosis, which eventually got to a point where the facility couldn't care for her. We took her into our home in September of 1994.

Shortly after arriving, she fell and broke her hip and although she recovered, she made up her mind she couldn't walk. That made it easier to care for her with her abnormal mental state. We also received aides, therapists and nurses from Medicare because she had a bizarre fluctuating blood pressure that had to be monitored every day. She also came home with a pressure sore from her original hip surgery recovery in the hospital. They didn't take very good care of her during the two week stay in the hospital rehab wing. The sore eventually developed into an nasty ulcer that went so deep, it exposed her spine. We also received home health care for that.

In the fall of 1997, Medicare changed the rules and cut off home care for chronic patients. We were contemplating a nursing home for Mom but she contracted pneumonia and died at home in December of 1997.

Susan's father suffered a stroke in March of 1998 which deprived him the use of his left arm and leg. He was taking care of Susan's mother at home but Medicare had changed its rules and would no longer provide home care help for chronic conditions, so he went to a nursing home on Medicaid. He died there in January of 2000. We took care of Susan's mother in our home for 2 1/2 years and she died in August of 2001.

I suffer from an immune demylinating neuropathy--called an anti-MAG neuropathy--which makes it difficult to walk and affects the use of my hands. What minute amount of illegible writing I do is executed very slowly with extreme difficulty, and what I do on the computer is clasping both hands and extending my unsteady left index finger and using a specially modified mouse with my right hand. None of my other fingers are steady enough to type. I use Dragon NaturallySpeaking voice recognition software which allows me to produce articles and books about eldercare and to communicate via email.

I am already needing limited help with activities of daily living such as filling out forms, signing my name, feeding myself, shaving and dressing. I also experience an essential tremor in my hands and legs which causes my hands to flap around when I try to use them and makes my already weak legs very wobbly. Many people with neuropathy experience unbearable pain. I am so fortunate to have only mild, chronic, burning discomfort and limited peripheral numbness.

After treatment 14 years ago, the condition stabilized and I actually improved a little, but I eventually relapsed. Even though I don't have cancer (it's more like a blood tumor), I started a new treatment 8 years ago, under VA doctors, using a lymphoma therapy called Rituxan. This eliminated most of the numbness in my hands and legs but worsened my ability to walk and use my hands. I had to stop the treatment but I still remain in remission. 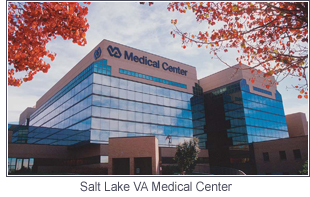 I have been with the Veterans Administration health care system since 1997 and far prefer that to the private sector. In fact I would like to make an aside and sound praise for the excellent care I receive at the local Salt Lake Veteran's Administration Medical Center. No one else was ever able to diagnose my condition. Not only did the VA diagnose it but they came up with a treatment--chemotherapy--that kicked the disorder in the pants, even resulting in some improvement. I cannot praise the doctors and staff enough. I have learned recently that the VA health care system is considered the best health care in America. I would certainly vouch for that.

I want you all to know that because of our experience, Susan and I are strong advocates of long term care insurance. We each bought a policy 20 years ago when I was still insurable. The cost was only $113 per month for both policies, but because I didn't know much about the insurance then, I made a poor choice and bought inadequate benefits. For only $30 more per month we could have bought an unlimited benefit at $100 per day instead of the $200,000 at $100 per day we signed up for. At least we were smart enough to buy the compound automatic yearly benefit increase so the original benefit has grown after 20 years to about $200 per day and about $420,000 total. We had a premium rate increase four years ago to $189 a month. This is still very affordable for the benefit and we would continue to buy the insurance even if it went to $400 a month.

Unfortunately, insurance is only a part of the long term care puzzle. Besides, not everyone can qualify for or afford insurance. A comprehensive care plan should be in place during retirement. It is foolish for people to ignore the possibility of needing long term care and not structure a plan for it.

Now a little about my background.

Now a little about my background. First, as you can tell from the stuff I have written for this site, I am not a literary star. My strengths are research, analysis and organization. I have a BA in Physics and an MBA. I also have a professional CLU designation from the American College. 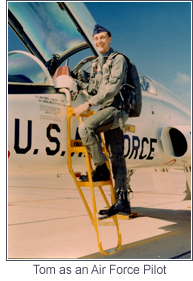 During my college years, the Vietnam War was in full swing and knowing I would be called up, I decided to enlist in the Air Force ROTC program. I subsequently received a commission as a second lieutenant when I graduated from college. I spent the next year -- from June 1969 through June 1970 -- completing basic pilot training at Webb Air Force Base in Big Spring, Texas. Additional advanced flight training was completed by November of 1970 and I was then assigned as an Instructor Pilot for T-38 advanced jet training at Moody Air Force Base in Valdosta, Georgia. I left the service as a captain with an honorable discharge in the winter of 1973 having completed a little under 4 1/2 years as an Air Force pilot.

My interests are not mainstream and some of you might find unusual those things I find interesting. I spend countless enjoyable hours researching topics on the internet or in a library when someone can take me. I could spend a great deal of time reviewing financial statements or studying thousands of pages of regulations, not for assignment, but purely for an interest in learning more or picking up tidbits no one else knows about. I love museums, history, geography, statistics, foreign languages, music and technical studies.

My wife and I live in Centerville, Utah. We have a mormon-sized family of 7 children and 21 grandchildren. All of our kids are married and five of them live close to us. Our youngest is a school psychologist and counselor in Bucharest, Romania. Susan and I don't know the meaning of "empty nest" syndrome. With our family so close, at least one of our kids or grandkids comes by every day.

Because of Susan's and my experience with long term care, I started marketing long term care insurance 26 years ago. In conjunction with insurance sales, I taught retirement planning seminars at two local colleges and did fee-based financial planning. About 8 years ago I had to retire completely from any activities outside of my office since it is so hard for me to get out and walk, use my hands or stand. Four years ago Susan took the car keys away from me because she didn't trust me driving anymore.

Currently I oversee our continually-growing list of 45 plus websites, talk to people about our marketing packages, write articles and books and entertain phone calls from people requesting help from all over the country and sometimes even from overseas. I also supervise promotional strategies for the National Care Planning Council and for the Utah Eldercare Planning Council. I am also responsible for all of the material on the website for the Senior Veterans Service Alliance. In addition, I help train those individuals or companies who buy our training systems. I also do interviews for radio programs and for journalists writing articles about the eldercare issues.